A Loo with a View 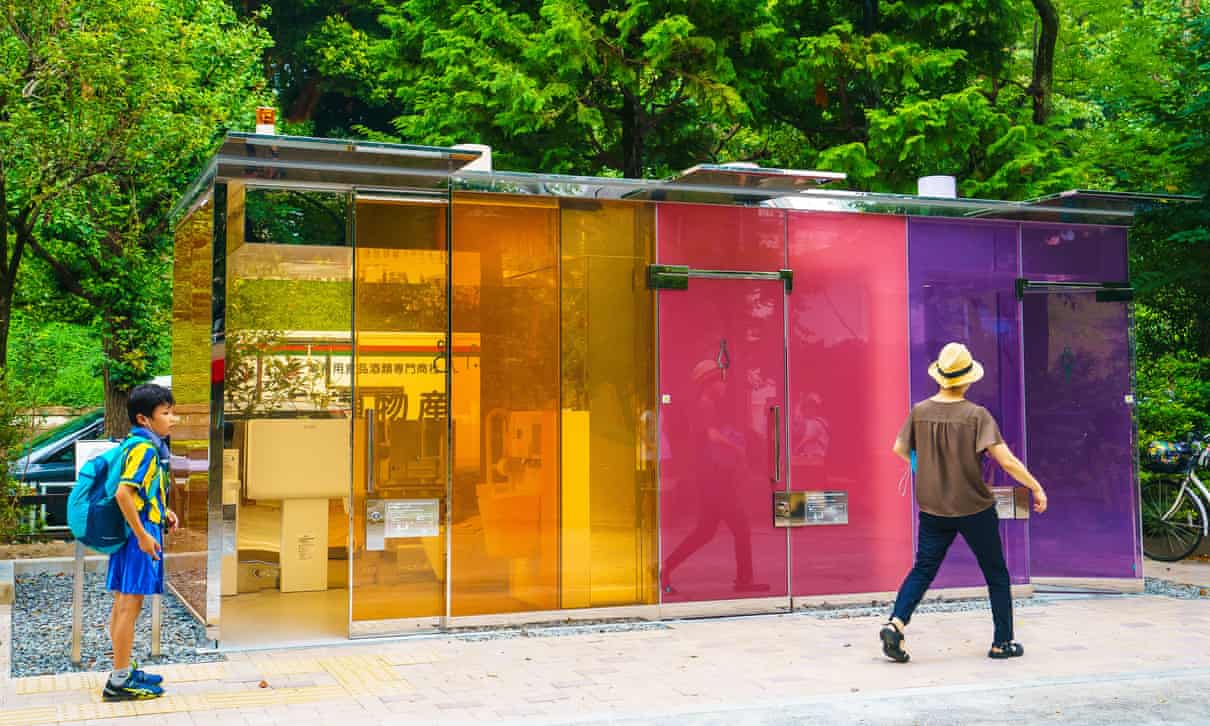 It sounds like the worst kind of anxiety dream – a public toilet cubicle that appears to offer the promise of blessed relief, but which on closer inspection turns out to be entirely see-through.

That, though, is the design feature behind several toilets that recently opened in public parks in Tokyo.

The transparent toilets, created by architect Shigeru Ban and more than a dozen other leading designers, are made from coloured smart glass that turns opaque when the cubicles are occupied.

The conveniences opened in five locations in the capital’s Shibuya neighbourhood as part of the Tokyo Toilet Project, organised by the nonprofit Nippon Foundation.

The foundation said there were important practical considerations behind the unusual toilets, which it likened to a curious piece of playground equipment.

“There are two concerns with public toilets, especially those located in parks,” it said. “The first is whether it is clean inside, and the second is that no one is secretly waiting inside.”

Using new technology, the foundation said the cubicles’ glass outer walls turn opaque after the door is locked, allowing prospective users to survey the interior before spending a penny.

The project plans to install the toilets at 17 locations in Shibuya by next year.